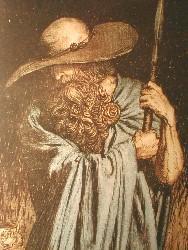 The mist came down from the wooded mountains, hugging the gnarled slopes. Once over the lake, the hoary cloud ghosted the glass-like surface. Ran and Alli rode their mountain bikes through twists and turns in the Maine woods. As the sun set and the first stars came out, they braked on the gravel beach of the lake.

The body of water lay behind Kaan’s cabin. Kaan and Beth were in the city for the weekend, for a book signing Beth was doing for the second edition of her novel.

They built a small fire on the beachfront. “Why don’t you release another edition of your book?” Alli asked, “It has been five years, hasn’t it?”

Ran snapped a handful of small twigs in half, to better feed them to the flames, “I just never thought about it. I didn’t feel like I had anything new to say.”

“That’s alright,” Alli said, hanging a pot of water over the fire, “I probably won’t make it out to my five-year college reunion. Sometimes, even a half decade later, you haven’t really taken everything in.”

Ran nodded. They brought wooden chairs from the porch over to the water’s edge. The forest grew darker. The moon rose, like an ice crystal hanging in the hard, unyielding cobalt sky.

Alli went into the cabin for some ingredients. She cooked the tagliatelle al dente, strained it and placed it in two bowls. Ran added some prepared foie gras and shaved a few large flakes of black truffle on top of the mounds of pasta.

They sat watching the clouds float through the blue-violet milieu, eating their supper and listening to the lull between the lapping of the waves.

“Do you ever think of Dallas?” Ran wondered, “Sorry to ask about exes, but you mentioned she had come back to New York?”

Alli shook her head, “No, it’s OK. Kaan never saw her again after that. Yes, I think of her sometimes but really not that much.”

“Were you ever really that close?” Ran opened a bottle of wine.

Ran handed her a glass, “Do you think she’s sorry for what she did to you?”

The fruity notes in the merlot were sweet and dry, “No, she doesn’t think about me.”

The first trills of the nightingale sounded through the wood. A group of crows on the other shore rose up, and flew off, in the direction of the mountains.

Ran poured herself another glass, “If I met her, what would you want me to say to her?”

Alli was leaning deep into her chair. She blanched, balancing the wine glass on her belly, over the flannel shirt she was wearing, “Nothing. It’s over. I don’t think about it anymore.”

Another crow cawed in the distance, across the water. An otter slipped into the waves, not far from them, crawling off a log, its serpentine body leaving nary a ripple in the water.

“There must be something you want to say to her. Something that needs to get out.”

Alli closed her eyes, sinking deeper into the cushions, “Not a thing. I’ve moved on. I have you.”

Ran drained her glass, “You know that I care for you, right?”

The shadows joined the night. The bulbous moon, threw the two figures into sharp relief. The otter slunk back out of the water, sleek as a feline, hair slicked back against its minute skull. 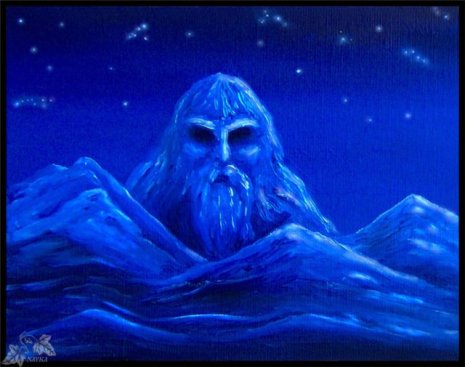