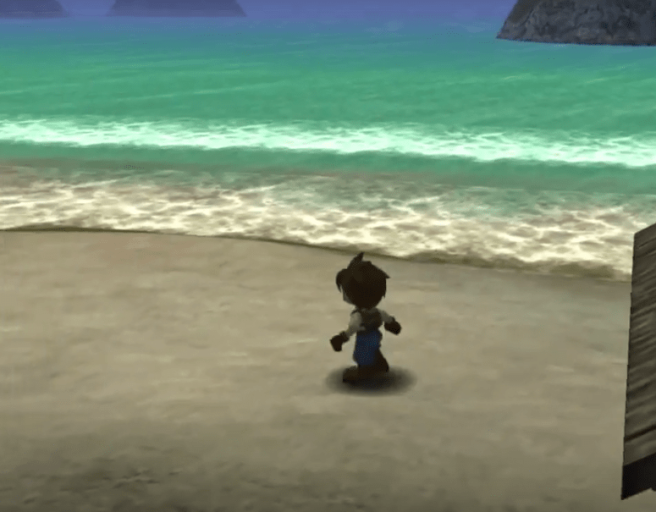 Alli was paddling back, from kayaking out to the Peak, a rock that stood up in the water, rising at least twenty feet. Every time she came out to Ran’s house on the waterfront, she spent the morning heading out to the pinnacle and rowing around it, before heading back to shore.

The morning was hazy. White clouds hung low in the sky. The crest of the Peak, had been covered in fog.

One oar stroke at a time, Alli made her way forward, through the choppy waves of the low tide. She was cruising. The beach was in sight. Trees here and there, and the scrubland of the dunes.

Ran’s house came into view. Ran was sitting on the beach waiting for her. She had a fire going and was grilling breakfast sausages. Just like when I met her, Alli thought.

She tied up the boat at the dock out front. Strolling down the beachfront in her sandals, she waved to Ran, who waved back. In the house, she changed into a T-shirt and shorts that weren’t damp with sweat and put on a new sweatshirt. Outside, she made her way to Ran, who was plating the sausages.

“How was it out there?” Ran asked, as Alli got closer.

“Peaceful,” Alli said, sitting down on the sand.

“How was your parents’ house?” Ran asked, handing her a plate.

They ate the food, watching the sun climb through the low-hanging mist.

“How was your time with Kaan?” Alli asked. She opened a thermos of coffee Ran had brought.

Ran unrolled a colorful, striped blanket, and they lay down in the dune grass, after eating their food, staring up at the brightening sky.

Ran put her arm around Alli’s shoulders, “Do you like being with me?”

Alli glanced at her and put her arm around Ran’s stomach, “Of course I do.”

She ran her hand over Alli’s soft hair, the medium fade, “Do you think people can reincarnate while still alive?”

Alli blinked, “What do you mean?”

“Do you miss Nealy?” Ran looked at her.

Alli looked up, directly into her eyes, “Ran, Nealy is gone.”

She put her head on Ran’s shoulder. They lay there, like that, with Ran stroking Alli’s hair, as the sun rose in the sky.

Ran stood outside the hotel door, right at peep-hole height. Kaan opened the door, in a cashmere sweater and jeans, “You’re early.”

“Didn’t want you to brood,” Ran said, “Ferment in your own brine.”

“Was I interrupting anything?” Kaan asked.

“No,” Ran answered, “Alli went up to her parents’ house this afternoon. I was left with nothing to do, on a rainy evening.”

Kaan waved Ran in and closed the door, “She didn’t take you?”

“Well, we did just meet,” Ran said, taking in the room, glancing at the chefs on the television set.

Kaan opened the ice bucket and fixed them both two fingers of Fireball whiskey. They sat on the couch.

“How is Beth?” Ran wondered.

“Yes, she was always more of a city girl,” Ran said, sipping her whiskey, “She studied literature in NYU. We were in the same Creative Writing classes together. We were the brat pack, with our first books published right out of college.”

“You wouldn’t have put it past her, would you?” Ran grinned.

Ran drank the rest of her whiskey and got up, “Come on, let’s get out of here.”

Out on the city streets, a light drizzle was falling. They caught a cab going Downtown, to Labyrinth.

It was Leather Night at the club. The place was packed with party-goers in black leather jackets and black leather police caps. Kaan and Ran were in the minority, wearing gray and navy-blue blazers, respectively.

At the bar, they ordered margaritas. Ran chewed on her slice of lime. On the stage, a chain-link fence and metal posts had been erected around an octagon. Two amateur female MMA fighters were going at it in a cage fight. The mosh pit of spectators roared their various notes of satisfaction or dissatisfaction.

“Alli’s been through a great deal,” Kaan began, “Are you going to do right by her?”

“What?” Kaan asked, sitting up.

Ran turned to her, “She’s stuck on someone else.”

“We look alike apparently,” Ran said, “She is with me, but her mind – her spirit – is obviously elsewhere.”

Kaan fidgeted, “Well, they were together in high school. First loves and all.”

“So, I’m the repeat,” Ran said, “I don’t know whether to be perturbed or flattered.”

“It is possible to hold two competing ideas in your mind, at the same time,” Kaan shrugged, taking a sip of her drink.

Kaan gave her a look, “I don’t think you should.”

A swift kick to the face brought one of the contenders down. She did not get up. The other fighter stood over the fallen foe in victory, for a moment, before being pushed out of the way by the ref.

“Do you think that some of them throw fights, for gangs or whatever?” Ran said, facing the cage on her stool.

Ran looked back at Kaan, “Do you think people throw relationships too?”

The corners of Kaan’s smirk turned down a few notches, “C’mon Ran. I imagined you to be a tougher soul than this.”

Ran looked back at the scene in the ring. The cadre of the two fighters were yelling at each other, as paramedics pulled the flattened fighter off the mat. The crowd in the pit ate it up, screaming for more. 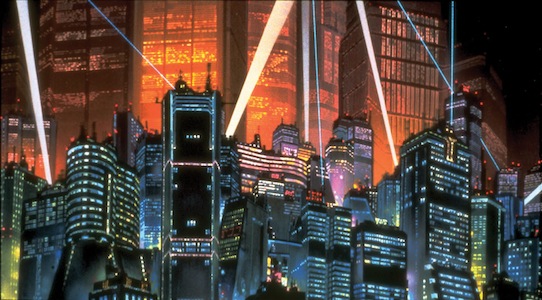