We begin with Queen Anne, who is arguably the main protagonist of this story. She relaxes her neck, as the crown, which in real life is quite heavy, is removed from her head. In the final scene, she will bear down on Abigail’s head. When the two of them danced together, in happier times, Queen Anne repeated jokingly, “off with her head,” several times, as a part of a ritualized 1700s dance. This will not be the last of the film’s allusions to Alice in Wonderland.

Queen Anne gives Duchess Sarah a palace. Her glee at being able to surprise Sarah is infectious and is cute to see. Sadly, this is the healthiest we will see of Queen Anne in the entire film. It is difficult to imagine the character of Anne without her ailments, but I do wonder what the film would have been like, if most things had been the same, and Anne had been more physically strong.

The focus on health is further explored in the first real complex scene. It is a sequence that explores pain and agony. Abigail’s chemical burn, from being tricked into putting her whole hand into a bucket of lye, is overlaid onto a serious attack of the Queen’s gout. It is the first real time the two are going to be emotionally linked.

Here the audience first sees Abigail as a woman of action. As Queen Anne retells how she met Duchess Sarah, we see Abigail on a mission to get some herbs, first to soothe her hand and later to sooth the Queen.

As the Queen says Sarah’s pink shoes “disappeared,” Abigail rides off gallantly into the dark, of the early morning. As the Queen says the Cheever boy was removed, with a “crack,” Abigail looks up, startled, in the woods, since technically she should not be out here and has stolen a horse.

Abigail’s initiative earns her an initial reprieve, from her hitherto brutal existence. When the Queen passes by, in her wheelchair, Abigail’s cough seems legitimate, but in a world where her predicament is exceedingly precarious, Abigail is quick to claim credit for the herb, to which the Queen wonders, “That was you?”

Thus, Abigail begins to see into the world of Queen Anne. She becomes figuratively caught in a tug of war, between the Queen and Duchess Sarah, over a cup of hot chocolate, being forced, like a robot, to announce “I do not know what to do.” Little did they all know, this would not be the last of Queen Anne and Duchess Sarah’s tug-of-wars, over Abigail – only the least harmful.

Sarah finally relents and lets Queen Anne have her cup of hot chocolate, but doesn’t fail to embarrass Queen Anne, in the same sentence. Contrast this to a therapeutic mud bath Abigail takes Queen Anne to later, where Abigail comforts the Queen, telling her to imagine she is bathing in a tub of hot chocolate.

Irritated at been humiliated by Duchess Sarah, over breakfast – and in front of Abigail, no less – Queen Anne powerfully kicks out the chair holding up her hurt foot and demands to be taken back to her chambers. They begin the long, winding walk, down the dark hallway, to the Queen’s room, which will continue to symbolize Sarah and Anne’s relationship (Sarah will make this trip alone, shaken, twice). At the end of this specific journey, Anne, always looking regal, even in repose, is left alone in her stately quarters, still visibly upset, and hurt. It is truly lonely at the top.

The second major time, Queen Anne will be embarrassed and riled, by Duchess Sarah scolding her, in front of Abigail, will occur over a cup of tea, not hot chocolate. This cup of tea once again brings out Abigail’s knowledge of herbs, but this time for vastly different ends.

Duchess Sarah is sent off on a literal and psychosomatic trip, of Alice in Wonderland proportions, as “evil” music plays, and a naked man, who looks like the Devil, with a ‘horned’ wig, joyfully dodges a barrage of fruit, that leaves splatters that are meant to look like blood. It is the film’s best complex scene and does indeed deposit Sarah in the 1700s’ version of hell.

When Duchess Sarah returns, still looking dashing, in her now soiled, but once-white, spectacular riding and shooting coat, Queen Anne cannot bear to look at her, even going as far as to push Sarah out of bed. Obviously, Queen Anne has no knowledge of what Abigail did, but she feels guilt in benefiting and growing stronger, in Duchess Sarah’s absence.

Sarah demands that Queen Anne look at her, and her hideous scar, and Queen Anne cannot, an inversion of Queen Anne ordering the beleaguered servant boy to look at her, when she looked like a badger. The tables have turned; the one shouting to be seen is always the weaker person. From there Sarah’s falling out of favor, in the balance of power, only becomes more readily apparent.

Before, a clothed Sarah was able to mount a clothed Queen Anne, in bed, and was eagerly invited there. Post-scar, Sarah literally walks on to Queen Anne’s bed, in her riding boots no less, only to be bodily thrown overboard, in a bit of physical comedy, as Queen Anne hastily says goodnight. Indeed, it is Sarah who has now “fallen far.”

The climax of this maelstrom of events is the juxtaposition of the now insulted Duchess Sarah confronting Queen Anne, once again, in bed, now with a black sash around her face, but also a handful of blackmail letters – with Abigail handing Queen Anne, the box, with her ring, and both Queen Anne and Abigail catching each other’s glance and smiling, sharing a secret happiness between them. Sarah’s last desperate act had no chance of succeeding, and she is duly expelled.

However, Abigail isn’t going to escape unscathed. Abigail had a genuine care for the Queen, encouraging her to stop wallowing in self-pity, and take responsibility for the throne. Abigail and Queen Anne danced together. They trade off both saying the other is “not nothing” and calling the other beautiful. Queen Anne takes Abigail’s suggestion, involving a metaphor about a party, and becomes more competent, the face of her organization, not Duchess Sarah. Yet somehow Abigail still becomes complacent.

Abigail, now a Baroness, becomes the archetype of the decadent 1700s aristocrat. Her sham legal marriage is apparent, as she sits on some random guy’s lap, an echo, to when Duchess Sarah lovingly sat in the Queen’s lap, when they kissed, after a ball. When called to her actual “marriage,” with the Queen, she is rendered inadequate by alcohol.

Queen Anne is still understanding, even though now she can barely read, after being rendered even more ill, by a stroke. This was foreshadowed the last time the audience saw Queen Anne standing, when she initially has trouble making out, with her good eye, the bill to end the war. Abigail, who is almost always seen, in her free time, with a book, could have easily read to her “wife,” but instead throws up in a vase, ending the trinity of all three major characters throwing up, at least once, on screen.

Thus, the stage is set for the final scene. Everything, however vile, rude, or crass, has been played for laughs, until now, in which the true tragedy of the situation is painfully laid bare. When the curtain is drawn back, the audience sees Abigail, reading, as usual, like when she discovered Queen Anne and Duchess Sarah making love. She smirks as she steps on a rabbit’s spine, and Queen Anne understandably snaps.

Queen Anne who once, garbed in flowing royal winter robes, told Duchess Sarah powerfully, that she wasn’t making a point and kissed her, has been now rendered almost invalid, laid flat out by her ailments. Yet Abigail’s careless betrayal fills her with a kind of fury and energy we haven’t seen in Queen Anne before, for the entire film: a palpable spirit of malice. Even after Queen Anne crawls toward the door, once she stands up – blocking the door – it is clear that Abigail is going to be punished.

In the beginning, when they first met, Queen Anne is not interested in then-maid Abigail’s story and is about to dismiss her from the room – until Abigail notices the rabbits and genuinely calls them “gorgeous.” Their connection, over the animals, humanizes the both of them. By the end, the rabbits multiply over the screen nauseatingly and symbolize their mutual distress, as they are now locked in this loveless “marriage” forever, “til death do us part.” 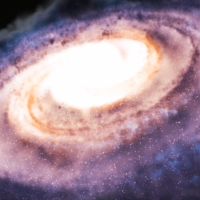