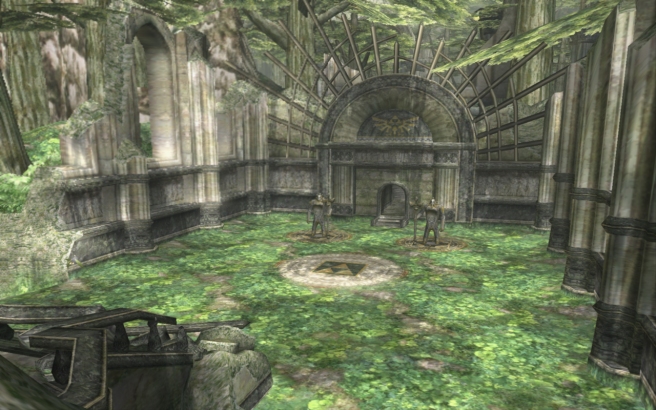 The clouds above were roiling and gray. The wind tore through the trees, ripping off small branches. An untethered, rotted tennis court net flapped in the wind. Alli walked across the leave-strewn hardcourt.

A house loomed, lopsided and in disrepair. Alli entered through the familiar red door, swinging off its hinges, hanging by a screw.

She strode down the long corridor. The hall was lined with crumbling Corinthian pillars, some with whole chunks smashed out of them. The rest of the room opened out on both sides of her – broken windows letting in the cold, shattered mirrors, reflecting nothing.

Water from the afternoon rain poured down from holes in the ceiling. The cataracts framed the room, like the off-white pillars, stained with mildew. Streams sluiced through the ruined floor, irrigated by cracks in the tiles.

Nealy stood at the far end of the room, in her beige suit, smoking a cigar. She inhaled the exhaled smoke back into her nostrils. Her eyes glinted in the darkness at the far end of the room, away from the daylight streaming through the many gashes in the house – a sudden shift of light in the background, like the quick flare of flaming ash. Whorls of smoke twisted away into the blackness.

“Did you bring it?” she asked, spitting out a piece of tobacco.

“Yes,” Alli said, hefting the ax from behind her.

Nealy stood out of the way. Behind her, in the inkiest depths, in a shallow pool of water, was a blue and black beast, a cockatrice at least the length of a Winnebago. Its leathery wings unfolded at regular intervals, but it was wounded, conserving its movements.

“Get rid of it,” Nealy said. She turned away, toward the distant remnants of a torn-out window pane, taking a deep drag on her cigar.

The wyvern’s neck heaved in a useless bucking motion. Its teeth clacked as it opened and closed its jaw impotently. It couldn’t shapeshift anymore – it didn’t have enough energy. It was a dark avatar, frozen in that form.

The constant patter of water flowing down from the roof was all Alli heard. The whole house exuded the essence of soaked, dead wood, forgotten splinters. Alli smelled, at the edge of her consciousness, a bright, green whiff of Honduras. She raised the ax.