Dani could see Bear Claw cabin through the dormant tree branches. She grabbed hold of a clump of brittle bramble in her gloved hand, to steady herself on the muddy shore. The trail couldn’t be far away – or at least Dani hoped so, because she couldn’t stand ducking and weaving through the underbrush. The thin, dry branches snagged on her wool cap or conspired to bend over double, under the weight of her hand, before springing forward to smack her in the eye. It was harder for her because she was tall, almost seven feet, a former starter on her high school basketball team.

These days she studied pi mesons at Caltech, with her college buddy, Cara. Pat was her life. Pat could read her faster than the blurbs on the jackets of her new novels. Dani turned back toward the cabin. The pale green copper chimney was nestled above the trees. Now, if she could just watch where she put her feet, she might get home without rolling her ankle again.

One moment, she was facing the cabin and the next moment, she was watching Pat disappear through a dark, blue hole in the ice. The moment stretched; Pat’s arms seemed to lengthen and undulate in the air.

Dani waved at her. Pat smiled at Dani, before glancing toward the cabin. She had always eyed Cara, Dan’s friend, a track star in college. But she didn’t think Cara would ever fancy her. Cara had a sly, fast, devilish, cosmopolitan look, that suggested that she favored Italian women in pastel pantsuits.

Pat had rather flat, limp hair. She wore a sagging black winter coat, so that she could buy Dani the newest cerulean smoking jacket to impress her friends at their local alumni club. Cara had a new color for her socks at every dinner party and subscribed to Vogue and Harper’s Bazaar.

“We’re almost there,” Dani was saying, up on the bank, between the trees.

“Sure thing,” Pat had answered.

The cracks had been too faint to hear. 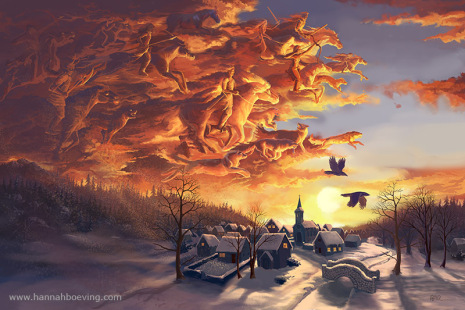