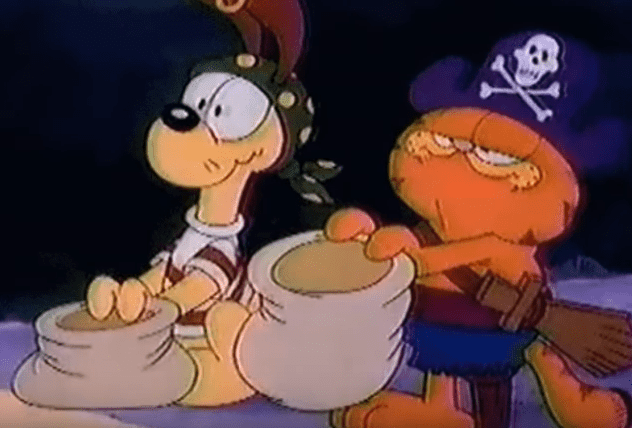 Roger was out with the dogs.

Eddies of dusty snow embraced him like the sun-touched fog of a dream. He might as well have been in a horse-pulled carriage, riding under trees with black branches that had cracked the fuzzy, yellow light on some country road long ago.

The alpha dog, Mondi, was the color of fine silver. His eyes shone like cyan blue crystals on anything he trained them on. As the lead dog he was the most anxious, a coiled ball of wiry fur. When Roger untied him, he was always careful to remain Mondi’s “alpha dog,” always walking with Mondi at his side or with Mondi behind him, not in front of him. If Mondi began to think he was Roger’s “alpha dog,” the stress would destroy him, and he would begin to exhibit poor behavior.

The dogs carried Roger over the snow, each of them bounding, arching in the air like flashing jets of liquid metal. They pranced like reindeer, light and springy, not like heavy moose, horned blocks of cold, hard meat. Moose were not happy animals; they were always angry when Roger ran into them on hunting trips.

The white valley flowed through a ribcage of mountains. The clouds roiled overhead, shifting in their formations as they inched down the slopes.

Roger’s feet rattled in place as the sled clattered over half-submerged rocks. He didn’t like the vertigo of constant movement. Whenever he skied, he was always relieved when he stopped, and the rest of the world caught up with him. But on the sled Roger enjoyed the sheets of freezing air shattering against his face. If he had a beard, the frost would have curled its fingers into his tangled hair and held on like fish hooks.

The dogs were good dogs. Sometimes, after sled rides he would stare into Mondi’s whirlpool eyes and see his own blue eyes staring back at him.

Roger had a face carved out of stone, with very little fat and navy-blue eyes, almost black, pushed in under a sharp square brow. If someone drew him from a far, he or she would start with a rectangle and then fill it in with parallelograms and rhombi.  His dark hair felt like hairbrush bristles.

Roger liked Mondi the best, but the dogs were not Roger’s. Ben lived in a cabin at the foot of the mountains and always lent him the five huskies: Mondi, Rufus, Kimball, Roy and Bobby. Blond, apple-cheeked Ben would always say “Go. Have. Fun!”  His coarse beard was a warm color reminiscent of waffles.

Roger had been coming to this corner of the Yukon for at least three years now. He worked in the Caruthers Bank’s Cayman Islands branch. Sometimes he would also vacation on the other side of the border, in Alaska.

His co-worker Freddy had clutched his mug of black coffee drawn straight from the new pot, the furious tendrils of steam curling up into his nostrils and beading up his moustache.  “What’s going to happen to us?” he said one day, around the time of the merger, “It’s never going to be as good as it is now and now isn’t even as good as it was back then.” But that had been two years ago.

The snow encrusted Roger’s jacket as if he were a corroded barge laden with barnacles. He was only thirty – but Alexander the Great, King of Macedonia, Shah of Persia, Pharaoh of Egypt and Lord of Asia, had already conquered the known world by that age.

The mountains loomed above him like a ghost town, not there, and yet still filling up all the sky in front of him, running east to west through the Eagle Plain Basin.

“Keep away from evil and no evil will come to you,” his white-bearded dad would say when he was a teenager. He always seemed to say it while wiping his hands on a dish towel and turning away from an empty sink – at least that’s how Roger remembered it.

“And that’s that,” Freddy had said, making a brushing motion with his hands, when they all got their new letterheads and stationery with the post-merger company name on it. The name sat there at the top of the page looking clumsy and apologetic and hackneyed with a dash in the middle of the two older names. And then someone had chimed in about annual reports from over at the water cooler under the small window, with the fake potted plant, a geranium.

Snowflakes began to fall like tiny spectral will-o’-the-wisps dropping out of the clouds on top of him. Clouds that were once roiled were now flat sheets of beaten metal, repainted in brushstrokes of pewter and teal.

There was nothing but great width; the land was a great concavity reaching up towards the sky, a never-ending slope. Take a tangent to it; this was just one slice of life on the crust. The atmosphere and the land were only a thin layer on the face of the earth, a width so fragile.

A hare darted out in front of the sled. Roger barely saw the twitch of motion against the snow. It must have popped out of a hole. There were no woods around that it could have run out of. All the dogs except Mondi reacted like spooked horses. Rufus, Mondi’s beta, pulled away in the other direction causing Mondi to yip in pain or annoyance. The sled swerved in the disarray and Roger fell out and slipped down a hole, quick as a wink. Poof.

Roger had gone in to great depth. He imagined that his yell had the sound of something dropped down a well: receding with its echoes trickling over damp stones and the Doppler shift of an ambulance going from AAAAA to OOOOO.

He had been on the soft surface but now gravity had placed its hands on his shoulders and sat him down hard on a boulder. He stood up and felt a spiral of pain wind its way up his right leg and tighten around it, there to stay. Roger looked up at the manhole cover of the sky and saw it vibrate with every ache, in tune with his pain.

Roger stopped looking up. The glistening, snow-covered rocks rose up all around him like the tapering pipes of a church organ. The glittering cave stones competed with the vaulted gray ceiling of St. Peter’s Basilica

The cavern was shallow. He hadn’t fallen as far as he thought. He could see a path of footholds that he could climb even while dragging his leg. It would have to be left to dangle out in the space beneath him.

But the air was still vibrating; it quivered with fumes. All around him smelled of burnt plastic. He was knee-deep in the blackest gunk, a liquid with dirty snow spiraling on its eddies. Roger could barely breathe.

The sweet, sweaty smell of the black pond seemed to shout at him. The smell was incessant like a thin electronic whine you could only hear in silence. It screamed all around him; it groaned and roared like someone had just leaned on as many piano keys as they could.

Roger shifted on his good leg and moved towards the path upward, light streaming from the sky above.  The pain subsided somewhat, like a sniveling child after the tantrum was done. The sharp rocks jutted in planes he could fit himself into. Smoother stones would have been too slippery with little clearance to wedge his feet.

No, he wouldn’t die down there. Oil companies wouldn’t find his lonely skeleton abandoned and tucked away in a corner – a rusty and wry “Oops” moment.

He inched up the rock wall out of the earthen birth canal, the oil on his legs dribbling off like the afterbirth of a dura mater, a hard mother. He pulled himself back on to the surface, his boots shedding black tears on white snow.

Where were the dogs? Ah, there they were. The sled had been pulled like a toy behind them and was turned over where it had come to a stop. The dogs looked around bemused and bewildered, panting, continuously turning their wedge-shaped heads in every direction.

Roger limped toward them, his injured leg drawing a straight furrow in the snow. A sullied trail of footprints lengthened between him and the hole. The ghostly snow rose up like mist; it seemed to clasp at him. The dogs noticed Roger and began wagging their tails.