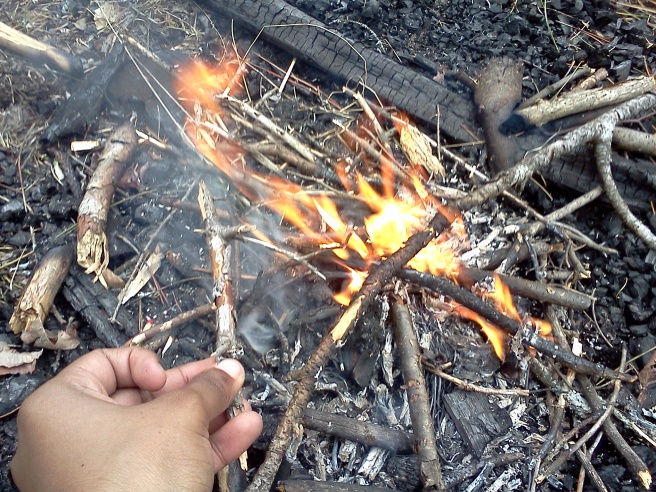 The wind blew into the woods, an invitation into the darkness. Bern stood between two trees, one foot still in the clearing. She looked behind her. The cabin – her cabin – looked inviting and warm. She had told “Jerri” she was going to get more wood for the fire – and for that strange meat in the pack. But who knew how long it would be before “Jerri,” – that creature – grew suspicious. And yet, standing there, facing the abyss, Bern hesitated.

Bern heard something clink inside the cabin. The monster picking up the kettle, perhaps. Gasping between the reverberations of her heart, Bern moved as fast as she could and carefully as she dared, through the two-foot-deep snow.

The path sloped downward, into the wood. It felt colder, the exact opposite of how it should feel. The sky was clear; it had stopped snowing. Bern climbed over fallen branches, her boots snapping twigs. She jumped. Was that a shadow behind that tree? She strained her ears to fathom whether the creature was following, whether it had picked up on where Bern had gone and had begun tracking her scent.

Somewhere, to the left, there was a crack, and Bern took off in a dead sprint, scrambling through the underbrush, getting covered by snow dropped from disturbed tree limbs. She ran for several minutes in a straight line, before darting off in a completely different direction and clambering beneath an ice-covered log.

All was silent. Bern heard nothing, besides the heavy scrape of her own breathing. She was sitting in days-old snow, and only then realized she was sweating and shivering.

She couldn’t go back to the cabin. She wondered how she would find her way back, even if the creature was not there. Her eyes darted around. She needed shelter. There were underground snow shelters one could dig, so as not to die of exposure, but there was also the chance of never waking up. She had to keep moving, keep her body moving. Had to keep warm.

Bern struggled out from under the log and looked around. Between the trees, a light glinted. Bern squinted. The light flashed again. A flashlight? Bern heard nothing from behind her, no rushed footfalls. There was the light again, moving steadily away. Another traveler? Apprehensive, Bern pulled one foot out of the snow, and then the other. The hiker with the flashlight picked up speed. “Hey!” Bern yelled, “Hey, you!”

Held by a frightened carrier, the light only began to recede into the night. Pushing her chest to expand faster, Bern tumbled after the figure. The trees rushed past alongside her; the pinprick of light was all she could see.

Bern found herself out, in another clearing, blinded by the sudden moonlight. An expanse of flat snow stretched out before her. Bern scanned for another human being, footprints, anything. Instead, there lay the crumbling ramparts of an old mansion, rotting there, in the forest, sparkling with snow.

Dumbstruck, Bern blinked her eyes. Her arms hung limp at her sides, heavy, swollen. The stars twinkled unabashedly. Body temperature falling fast, Bern pulled herself toward the sunken door and kicked it open. Once again, she was at the threshold of a new darkness. “Hello?” she said, peering around, eyes adjusting from the outside light.

Inside opened outward, like a cathedral. The foyer stood as it had before, but with shifted tiles. Frigid air blew in from broken windows. A hole in the ceiling provided a natural skylight. Twin staircases ran up to the second floor. Bern crossed the once-beautiful room and took the stairs up to one of the open bedrooms.

The room was a child’s room, with dolls and a rocking horse. Bern dug into her coat pockets, one after the other, until her numb fingers closed around two small magnesium-ferro rods. She broke the rocking chair into pieces, tore off the doll’s hair and heaped the rubbish in a small pile. She scraped the fire-starter together until a minute spark ignited the offering of kindling.

She blew gently on the flame and fed it with chips of board pulled up from the floor. She put her hands to the wave of heat, trying to get warm. She fed and fed the insatiable flame. She couldn’t let it go out. She eyed the bed posts greedily.

“Will you burn down the whole house?” a voice said.

Bern turned on her heel, fists balled. A woman, in a gown from ages, past stood in the doorway. She was made of light.

The fire went out, letting off black smoke. Water flooded the room. Bern looked around; water had flooded out to the entire horizon. She was standing in a sea, under a tumultuous sky.

Bern sank into the brine, her knees hitting a sandy bottom. The woman was at her side. She cradled Bern in her arms. Bern looked up into her face and saw that it was “Jerri.”

Jerri smiled and looked down, right into her eyes, “But, I’m your monster.” 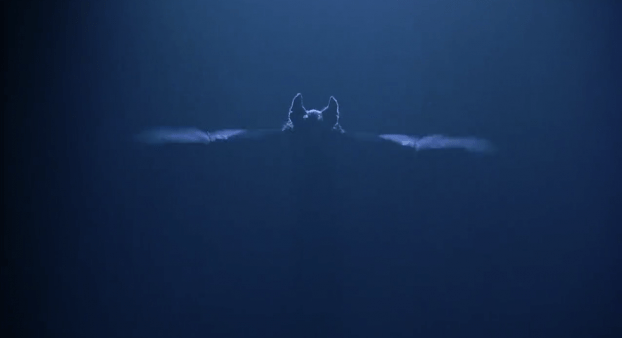 “All Along the Watchtower” – Jimi Hendrix