Alli walked barefoot by the sea. The sand was cold in the morning air. The waves were rolling back and forth, crossing oceans to get here. Alli turned and faced the east; the sun looked like it was rising out of the water. The golden rays hit the rocks, the forgotten shrubbery, shrewn around, and the window panes of the beach house behind her.

Constant undulations. Water that came halfway across the world, to this shore, hidden in some corner of the Keys, a silent island chain. Alli watched a wave bring in some limp plants.

Sitting down on the beach, Alli picked up handfuls of sand and let them run through her fingers.

“What would you have me do?!” Alli had yelled, months ago.

“Offer me a future!” Jan had yelled back, the night they had broken up.

And Alli had moved up north with Dallas, the debonair esper of Pennsylvania, self-assured, confident, and devastatingly beautiful.

“I would have given the world for you,” Alli had said.

“But you didn’t,” Jan had replied.

“You didn’t, and you won’t,” the words resonated from that time, ping ponging off old memories. The perennial swirl of New York and Florida.

“You don’t have to give up on me,” Alli had said, lying on the couch. Dallas held a rag full of ice up to her forehead.

“That’s the fever talking,” Dallas had responded. Alli had been working through some bug she had caught in Melbourne. “It must have been the crayfish in your bibimbap,” Dallas said.

They had both gone to several restaurants, including the offending Asian fusion joint. Dallas had said she was going to look at various Okinawan karate dojos, to see if she could buy one. But the premise had been running a little thin, even then. As Alli would soon see, Melbourne was only a foreshadowing.

“I want to be there for you,” Alli had mumbled from the couch. Dallas had dabbed away some sweat with a handkerchief, “You’re here for me, right now.”

The New York loft was receding from view. “Tell me I am right for you,” Alli had said, hovering in the darkness.

The spring buds were falling to the earth and the trees were unfurling their newborn leaves. “You’re not giving yourself any room to maneuver,” Nealy had said.

They were sitting in the park during the afternoon; the sun was gaining strength and beating down on them and the other chess players.

“I had a bad start,” Alli laughed.

“Yes, that was a horrible opening,” Nealy had said, “What were you thinking moving your knight way over there?”

“I was going to bring it in and position it in between your queen and your bishop. A knight fork.”

“An ambitious plan, in the best of times,” Nealy sighed, taking another one of Ally’s pawns, “Checkmate.”

“Tell me I am the one for you,” Alli had said, standing in between worlds.

“If I write you out of the will, what will you feel about that?” Jan had asked, turning around in her chair.

“Nothing,” Alli had sneered. When she left, she left for good, closing the screen door, walking out into the night, the endless crashing of waves and the peerless moon.

On the beach, in the increasingly hot morning, Alli let another handful of sand run through her fingers. “Are you going to do that all day?” a voice behind her said.

Alli spun around, still sitting on the surf; Nealy stood behind her, surrounded by the tall beach grass, “Are you going to come in for some crêpes, or what?”

Somewhere in the bottomless pit of space, echoed a thought, reaching back across time, splitting into pieces, stretching the distance traveled, in a second, by a photon careening at the speed of light: “Tell me I’m your one and only.” 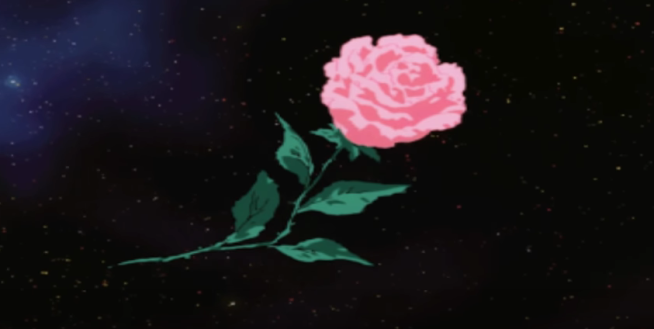 5) Michael McDonald – “I Keep Forgettin’ (Every Time You’re Near)”