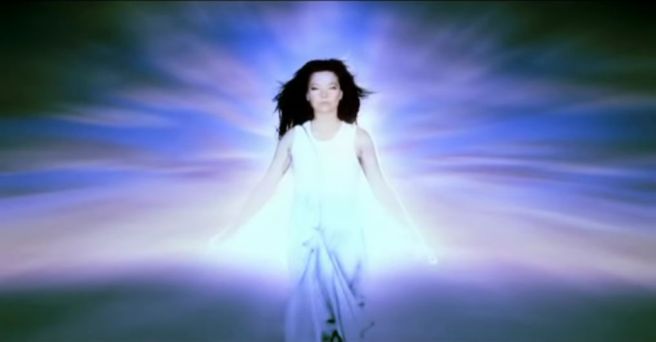 Keo sat in Zibetto, stirring a cup of green tea. The rain trickled down the windows, in the late evening. Cars and trucks rattled the glass in Midtown. The long summer afternoon had ended and given way to smooth, oily darkness, a violet sky.

Alli came through the door and bought a cappuccino. She sat down across from Keo, at the table.

“Touched down in JFK this morning,” Keo replied.

“Wow,” Alli said. She sipped the coffee and looked out the window, at the storm, “A lot has changed since high school.”

“I can imagine,” Keo said, raising her eyebrows, “I’ve been all over the world and yet I still come back here.”

“What made you come back?” Alli wondered.

“To help an old friend,” Keo said, looking into her tea, “An old girlfriend, actually. She’s folding up an old furniture business. I thought I would buy it off her hands.”

“That sounds really neat,” Alli said. A pair of croissants arrived on a blue dish.

“What about you?” Keo asked, “Are you still with Nealy?”

“The one thing I can say, is that I’m not in love with her anymore,” Alli said, “It’s been a couple of years. Nealy is gone.”

Keo sighed and looked down, “That’s too bad.”

“She went to Shanghai, and we never really connected after that,” Alli explained.

The taxis whizzed by, on damp streets, rolling to obscure destinations in the deepening night.

Ran sat at a wooden table in Galanga. The dying rays of the sun painted the restaurant interior red, on a sunny afternoon in Noho. In a white dress shirt, with the collar unbuttoned, she fanned herself, to ward off the early spring heat, and took a shot of lao khao.

The Thai eatery was quieter than usual, drifting somewhere between lunch and the evening rush hour. Dallas appeared in an off-the-shoulder blouse and acid-washed jeans, heels clicking on the tile floor. She went right over to Ran, “Good to see you again.”

Dallas sat down and ordered a plate of fish cakes, with bird’s eye chili dipping sauce and lime, “How have you been?” she said, “I haven’t seen you in a while, not since that night at New York Central, I don’t think.”

“No, I’ve been busy,” Ran replied. She offered the rice whiskey bottle to Dallas, who shook her head, “I have a dinner party later tonight. That stuff is strong!”

Ran glanced at the label, “I wouldn’t have guessed. How did you manage this in Thailand?”

The fish cakes came to the table, “Well, they eat it with a ton of spicy, sour food, minced pork and grilled prawns – like peanuts or buffalo wings here.”

“Sounds delicious. May I?” Ran reached for a haddock cake.

“Go right ahead!” Dallas gestured at the plate.

“What have you been doing in New York, since you got back?”

“There’s this artist I want to sponsor, help her open up a gallery. A small one, here in Downtown.”

“That’s nice of you,” Ran dipped a second cake in the sauce, “Did you ever hear from your old girlfriend, the one who came back to the states early?”

“She lives up in Oregon now,” Dallas sighed, looking out the window, at the deepening sunset, “She said that her house is near an apple orchard. I thought she sounded happy.”

“Was she the soul mate you said you had met already, and it didn’t work out?”

Dallas shifted in her seat, “No, that was another one. From before.”

Ran refilled her glass, to wash down the salty cakes, “Not to pry, but do you ever think of her? How she is?”

“Sometimes,” Dallas said looking up at a point above Ran’s head, “I was wracked with guilt. I just walked away. I guess you could say Aspen, the second woman, was a rebound. I shouldn’t have done that. It made sense that I was dumped in Thailand.”

Ran sipped the burning whiskey this time, “If you could make amends, would you?”

Dallas looked at her, “I am not a strong person. That’s why I did what I did.”

The shadows were long, as the sun was eclipsed by the cityscape.

The plate was almost done; Ran pushed the glass away from her. She placed a few rumpled bills on the tabletop and stood up to go.

“I met Alli in Florida,” Dallas began, “She was such a powerful spirit. I didn’t feel like I could be the one for her, even if she was the one for me.”

Ran glanced down as darkness fell, “Do you feel like you could be there for her today?”

Dallas looked down, “No, I can barely be there for me.”

“She will heal, like Aspen,” Ran said moving around the table, to the door, “But can you heal? Can you avoid that from happening again?”

The brown bottle glinted in the pale light of the evening. Dallas regarded Ran, “I want to say I am a different person, but honestly, I don’t know.”

Outside, she walked several blocks, before lighting a cigarette and exhaling into the sky. Ran sat on a park bench, feeling the night’s first breeze, wondering if she had done anything for Alli.