“Ready for It,” the music video.

Taylor plays two sides of the dynamic in sci-fi and cyberpunk archetypes and tropes:

“In the middle of the night, in my dreams…”

The whole video centers around the connection between the half cyborg and her lab rat clone, or enhanced clone – her Mewtwo. They are one and the same, and share moments of vulnerability and awe. However, the mad scientist Taylor is cruel and sadistic, forcing the esper in the box to shapeshift and hurting the esper, causing Mewtwo Taylor to become angry and unleash her lightning telekinetic powers.

Notice, that the first transformation is to, of course, a weapon, which is what Mewtwo was originally intended to be, with no say in the matter. The transformations are both genetic and biomechanical. The next transformation is where people naturally go after weaponizing something: aesthetics. By the time of the second refrain, the Elsa esper begins to discover the real magnitude of her power for herself, to the joint amazement of both Taylors. However, this does not change the scientist Taylor’s conception of the esper as a mere plaything.

The archetypal dramatic arc plays itself out, with the Mewtwo/Elsa cyborg finally having enough of this torture and destroying the Dr. Frankenstein and the lab. (The games begin, alright.) The esper is finally free for the first time. She goes up the escalator that she could always see from her lab/dungeon.

The story is basically Akira all over again, with a battle between the kept espers and the wild ones that find freedom (Akira, Tetsuo). Wild vs. captured Pokémon. “Frozen” with cyborgs.

Crossover fiction (Frozen/Pokémon: Generation 4) has highlighted the commonalities between espers and Pokémon. In the Pokémon universe, esper powers and the spirit world have been embodied solely in Pokémon. However, in a world like Frozen’s or Marvel’s (or Akira’s), super powers or spiritual/magical powers that normally belong to Pokémon (Mewtwo, Gengar, Dialga, Palkia), belong to humans – super heroes and espers. 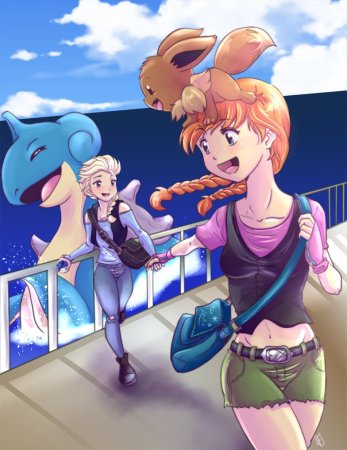 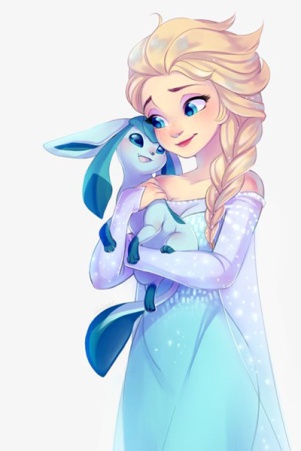 The continuum: in the beginning, esper and spirit powers were exported to Pokémon and other magical races, like elves and dwarves. Elsa, X-Men and other Marvel super heroes, like the Avengers, set in the present and the future, have humans eventually evolving to have Pokémon powers in-house.

Song: “Never Let Me Down Again” by Depeche Mode

An alternate music video, similar to the original, would be done in sepia, with two guys in jeans and jean jackets and an old car. There would be one scene of them lying in a field of grass watching the clouds float above them, the shadows falling on the earth. The original video, in black and white, also features rolling fields and lying down, facing the sky, in tall grass. 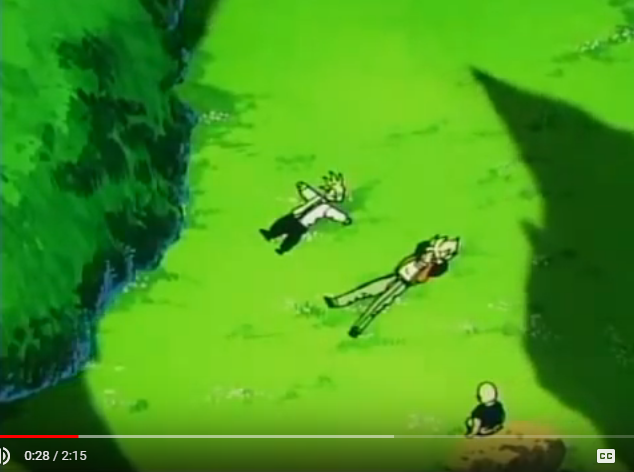 The Flower Dies; its Beauty is Forever

“Mono aware” is translated as the “pathos of things.” The cherry blossom is beautiful but exists for a relatively short period of time. Traditionally, the Japanese participate in “hanami,” or cherry-blossom viewing parties.

One such event that synchronizes with the appearance of the cherry blossoms, each spring, is the Kuzu Genjin Cherry Blossom Jubilee. The celebration takes place in Kuzu, Tochigi, “the Oldest Town in Japan,” located on the Kantō Plain. The town is now incorporated into the city of Sano.

Kuzu is also the name of an ancient people in Japan, who may be the origin of the name of the kudzu plant, or Japanese arrowroot, whose roots and starch they harvested. However, the Kuzu are from a different prefecture.

Kuzu Genjin is Japan’s Lucy, the oldest human remains found in Japan – long before the Jōmon period, with its Dogū (distinctive clay statues) and cord-patterned pottery, the oldest such craft in East Asia, and the world.

The essence of the “Sakura,” or the cherry blossom, is the eternity encapsulated in a moment.

See Also:
Bending Adversity: Japan and the Art of Survival by David Pilling

Learning to Bow: An American Teacher in a Japanese School by Bruce Feiler