If you’re running in, to hug somebody, and he or she stops you, mid-stride, and asks you, “Do you trust me?” be very suspicious of this person! What will it take, JC? Wake up!

When you believe you are the numbers, you usually fail. JC – and Brett, before he was toasted – both believed they were the numbers, to get out Tyler, Angela or Kaycee, when the time came.

However, Brett and JC spun around and wasted time, and before you knew it, Fessy was gone, Scottie was gone and even Rockstar was gone. All of those people could have been meat shields – numbers! – for Brett or JC, to make a move and take out Tyler, Angela or Kaycee. Yet they didn’t capitalize on these people and let all of their personnel be voted out. Hope is not a strategy!

JC was a skillful player but his one blind-spot – that Tyler played him, and worked with Level 6, the whole time – was the biggest and worst, one, last blind-spot he could have.  Tyler’s in-game immune system was strong enough to fight off Parasite JC, and now JC is drying up and withering away, without a host.

Kaycee had the veto; the plan should have been to backdoor Tyler now! But Kaycee has been playing it safe, all season. She doesn’t have the killer instinct. Kaycee didn’t want “to make waves,” or “put a target on her back,” or “disrupt Angela’s HOH.” A winner would do all of those things. Brett followed Kaycee’s strategy, of not doing anything and he’s no longer in the house. As expected, Kaycee did not use the veto on anyone and definitely didn’t backdoor anyone. Timid!

Sam asked Kaycee if she would use the veto on her. I am starting to get annoyed at Sam and JC. If you don’t want to talk game, don’t talk game at all! Sam gets upset when the others ask her about the game, but when someone else wins HOH or the veto, Sam is quick to ask if she’s safe. Yes, she’s self-interested, which is good. But if Sam was really self-interested, she would win more than one comp, per game. How about that?

JC is still digging into Tyler about supposedly throwing away the game, not for them, but really for JC. If I was Tyler, I might have lost patience with JC already. How about you win a comp, JC?!?! I get it; the physical comps are difficult, but there were also several mental and intellectual comps! There’s no excuse!

JC, Tyler is not going to “separate the girls.” I am tired of hearing about this. Get a clue, JC! If you don’t care, it’s OK not care, (and this goes for Sam, too) – but if you do care, do something about it! Stop talking about it and do something about it! Every day, it’s the same thing from JC and I am sure Tyler and the audience have had enough of it, by now.

The Three – Tyler, Angela and Kaycee – are making plans to reveal Level 6, to Sam and JC. Spilling the beans on Level 6 would be a non-event, at best (this would definitely fly over someone, like Fessy’s, head), and enraging to the jury members, at worst. Don’t do it!

What is wrong with revealing things after the show, when a winner has already been crowned? Tyler and Angela have gotten everything they wanted and the gravy train; why rub this mega-alliance in the minions’ faces?

And don’t tell Sam that she’s going home. She will dump the rice. #CurbStomp!

Brett and Hay will definitely be back, for future seasons.

Tyler, Angela and Kaycee have won 15, out of 18, of the last competitions – as of the Double Eviction. Tyler and Angela have 4 HOH wins, between them, now. The last time anyone, other than Tyler, Angela or Kaycee, won a competition, was back when Fessy won HOH and Brett won the veto – and then Scottie went home. Think about that, for a moment.

Braleigh evicted, in a one-two shot! I still can’t believe it – even though I have been predicting their demise, from the beginning of the season. Braleigh had many good attributes: funny, relatively smart, flirty, good-looking.

Compared to most BB players – especially Hay, with her youthful age, of 21 – Brett and Hay are very good game-players. But compared to Tangela, Braleigh was just average. Tangela was playing on an entirely different level. Coming right into the game, I already knew there were tiers, to the talent. Foutte, including Hay, were in Tier 3, on the bottom.

Brett and independents, like Sam and JC, were Tier 2 – they were playing a marginally better game than Tier 3 but were still clueless about many subjects (for example, JC not knowing that Level 6 even existed). Tier 1 is reserved almost exclusively for Tyler, Angela and Kaycee. Yes, Kaycee – even though I would agree that, as of now, she is the weakest, out of the three Tier 1 players.

So, I sensed this hierarchy at the beginning of the game. I knew Braleigh was good TV but would eventually be toast, as far as gameplay. One can claim hindsight is 20/20, but I never got on the Brett or Hay trains and then, it just so happens that they go out on the same night – Double Eviction Night. I didn’t predict, specifically, that Brett and Hay would leave during the Double Eviction, but as far as the inherent boot order, it was time for Braleigh to go, sorry to say, for all the Hay and Brett fans, out there – of which, there are many.

Since we’re on the subject of self-calls, Sam is still in the game – and Brett is gone. Sam has broken my heart, over and over, this season – but like a loving girlfriend or a worried mother, I keep coming back, to her. I am not ready to say she’s consciously playing the game again – but she is still, in a way, playing the game.

JC is scared; he’s rightfully distancing himself from Brett. But Tyler was eying both JC and Brett, for extinction – Tyler just took out Brett, because Brett was the bigger target, relative to JC. JC should be shaking in his boots, because he may go next – even before Sam. Sam was in my original Final Five, and despite all her cockamamie antics, Sam is still in my Final Five.

Of my Final Five, only Scottie has left the game – and he even battled his way back, into the game! Angela, Kaycee, Sam and JC are still all left. As a viewer and a fan, you’re just on this weird roller coaster, with Sam, when you sign up to be a patron, of Sam’s game. For better or worse, in sickness and in health, I am a patron of poor Sam’s game. ¯\_(ツ)_/¯

Tyler got out his rival Brett, and with the departure of Brett, the tribe – I mean, the house – exorcised the root of many squabbles, betwixt themselves. Brett – who is gone and can no longer defend himself – is being blamed, in absentia, for, among other things: 1) turning Tyler and JC against each other (Tyler: ‘I was jealous of all the time you were spending, with Brett’ – playing into JC’s own jealousies and insecurities and getting an instant agreement, from JC) 2) threatening to take out JC (Tyler is basically saying, ‘I saved you JC; you owe me. You should be thanking me.’) 3) trying to get Sam to turn against Angela and Kaycee. It’s Brett, the scapegoat. 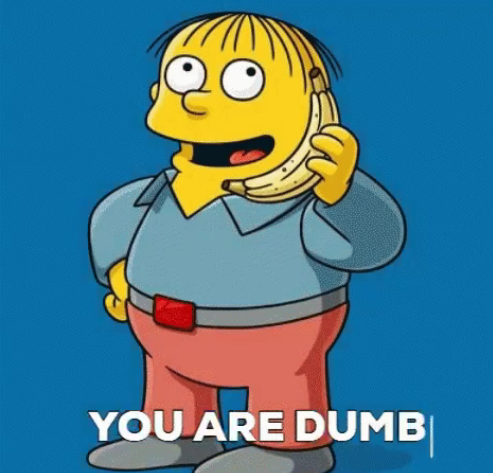