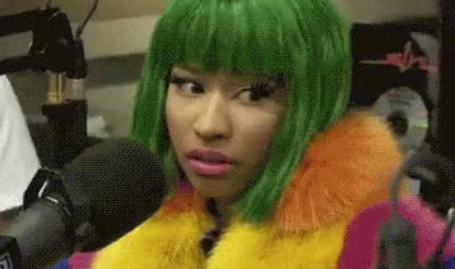 Scottie exposed the #Cuddlemance. I feel a little sad for him. Hay didn’t like him. Angela didn’t like him. With no female, he felt lost in the house. His emotions made him confused and got in the way of his game. But if you’re going to go out, go out with a bang? ¯\_(ツ)_/¯

JC just needs to let it go. Tyler is never going to choose JC or put him first. No, we didn’t exactly get the #TylerExposedParty we wanted – again. Angela joins an extensive line of women, taking shots, for Tyler, including Bay, Sam, Hay and Kaitlyn.

Speaking of meat shields, for Tyler, Kaycee may be next. Kaycee will get rid of Hay, for Tyler – only because Tyler still, unbelievably, thinks he can beat her, in the Final Two. Fortunately, Tyler himself may finally get burned, with this last meat shield, when Kaycee wins, while sitting next to Tyler, on Finale Night.

Sam is a force of nature. The term ‘rational actor’ simply doesn’t apply to her. This is not a compliment or a criticism; it’s just the best way I can conceptualize Sam, at this point. Sam clings, like Velcro, while Tyler – before #Tangela anyway – was like Teflon, anti-cling. I liked anti-cling Tyler.

Still, as I said with Bay’s disastrous HOH term, absolute power, corrupts absolutely. Yes, Tyler is such a talented player, that second-term HOH-itis won’t destroy him, the way HOH-itis totaled Bay and Sam. But even Taran and others have noticed that Tyler is getting complacent. “Go tell your friends,” indeed. Unforced error. Unnecessary. Tyler, you’re better than this. Cringey.

Stop promoting #Tangela so much, production. It pushes people away. If Tyler seems like he’s won, before he’s won the ultimate goal of $500K, that showmance just builds jealousy and resentment.

Sitcom protagonists are either married at the beginning of their story-line, or spend the entire series single, until the very end. Making the protagonist single is a terrific, effortless way to build tension and drive the story-line.

So, unless Tyler owns his arch-villain meme and story arc, and stops pretending to be the good guy, Tyler and #Tangela is going to continue to rub people the wrong way. Tyler win first, and then get your romance – not the other way around.