“Let’s do the Time Warp again.” Battle-Back weeks are tough.

Even Rob, on RHAP, says Tyler’s crush on Angela is unrequited. Tyler and Angela have finally kissed, but it’s just fodder for casuals, who like showmances.

This is so forced. These two have been up in the HOH room, for two weeks. JC is livid. Other people are going to notice. Them honeymooning, while everyone else is slumming it, downstairs, is only going to stir up unnecessary jealousy and resentment. Unforced error.

Angela, save your game. If Tyler won’t pull the trigger, Angela must do it. We can’t have yet another tragic love story. Angela needs to drop him, like a hot potato. Yes, she is the real Savage Ice Queen. Tyler only thinks he’s a savage.

Tyler doesn’t even like the game. So much for him being a super-fan. Him and Angela are moaning, about being on camera, all the time. Well, that’s the show you signed up for, mate.

Tyler is not Savage. He is the exact opposite of Savage. Ice-cold killers do not have showmances, do not have crushes, do not keep floaters around and don’t make Final 2s, with everyone.

I said it long time ago: the winner isn’t going to share $500K, with anyone. So, Tyler can keep hanging out, and when the Foute voting bloc turns around and decides to pick anyone but Tyler – Angela or Brett, alone, will be holding on to the cold-hard cash. 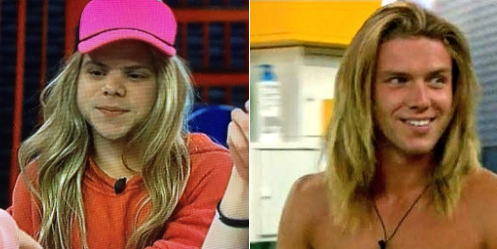