The #JODY game rears its head again – this time between Fessy and Brett, instead of Tyler and the evicted Swaggy.

Sam and I are both tired of a conventional game, on the part of everyone, who is not Tyler or JC. I too, like Sam, am ready to stomp metaphorical, strategic “mudholes” and turn this game upside down, just to keep it interesting.

Faysal is a lumbering giant, both physically and mentally. Kaycee went back up on the block, just like during Hay’s HOH, and Scottie is 99.99% going home.

As I mentioned earlier, I ship Hay and Brett. Hay is a disappointing player, but as a person, she deserves a better significant other, than Fessy. Don’t be too vulgar but drop a bomb on Fessy’s intentions of ever winning Hay’s heart, Brett!

Back to Hay’s game: extremely disappointing. Fans of the game or independent fans, are just aghast at how fast Hay could go from hero to zero. This week has been a wake-up call not just for the weakness of Scottie’s game, but Hay’s as well.

One can only look back and see that during the intermediary period, after Swaggy left and when Bay was unofficially running Foutte, Hay had some clever ideas or instincts, but she would rarely voice them, outside the DR, much less, act on any of them.

Hay’s passive gameplay has followed her into Fessy’s disastrous (for Foutte) HOH week and is a major reason for the utter collapse of her own HOH week: RS going home.

The Mind Flayer (Stranger Things fans, rejoice), that is JC, continues to live on. His Hive Mind, has jumped hosts. Still, JC has a good point: even dedicated, hardcore Tyler fans are nervous about this whole #Tangela experience. I like them as good friends, but personally, I don’t see the showmance material.

On a game level, almost any kind of showmance is distracting. In the first Season of Survivor, on Borneo, Richard Hatch was very taken by the quirky and handsome Sean, but that was only in his heart. His brain voted Sean out without a second thought and Hatch won the million dollars.

I am not surprised that Bay and Swaggy didn’t survive game-wise, even though they seem to love each other, as people. And of course, I have never put much stock in Hay or Fessy, as players, or ever been excited, on a game level, for their showmance. Neither Hay, nor Fessy, are in my Final Five.

Tyler is a strong player; if his game immune system has been compromised by Tangela (Pokémon?) he isn’t showing any symptoms – yet. He reassured JC, not to take this Tangela nonsense seriously, and if Tyler really is bi, this may be a relief, for JC, on a personal level too. JC doesn’t like the females on his men. He broke up Fessy and Kaitlyn, and JC has never been a huge fan of Fessy x Hay.

Angela liking Brett, that way, seems highly unlikely. I don’t see it at all. So, I hope JC doesn’t try to sell that ocean-side property, in Kansas, too hard.

Lines are being drawn. With Foutte, all but in a free fall, it’s time to look toward the endgame. The great mental war between JC and Tyler, is just beginning, like Professor X trying to outsmart Magneto.

Brett is a funny character, a paragon of the trickster archetype, but compared to the depths of Tyler’s game-mind, Brett is just a very pretty face (dump him Sam). JC, defeat Tyler. Come up with a better line and entangle Tangela in your gladiator’s net. 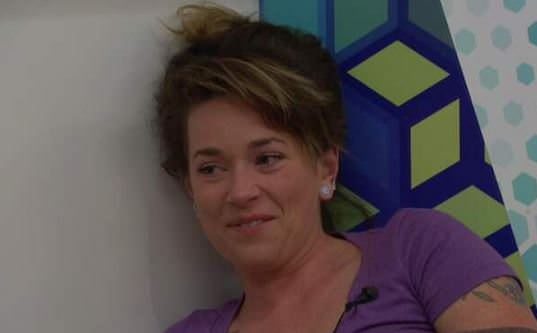